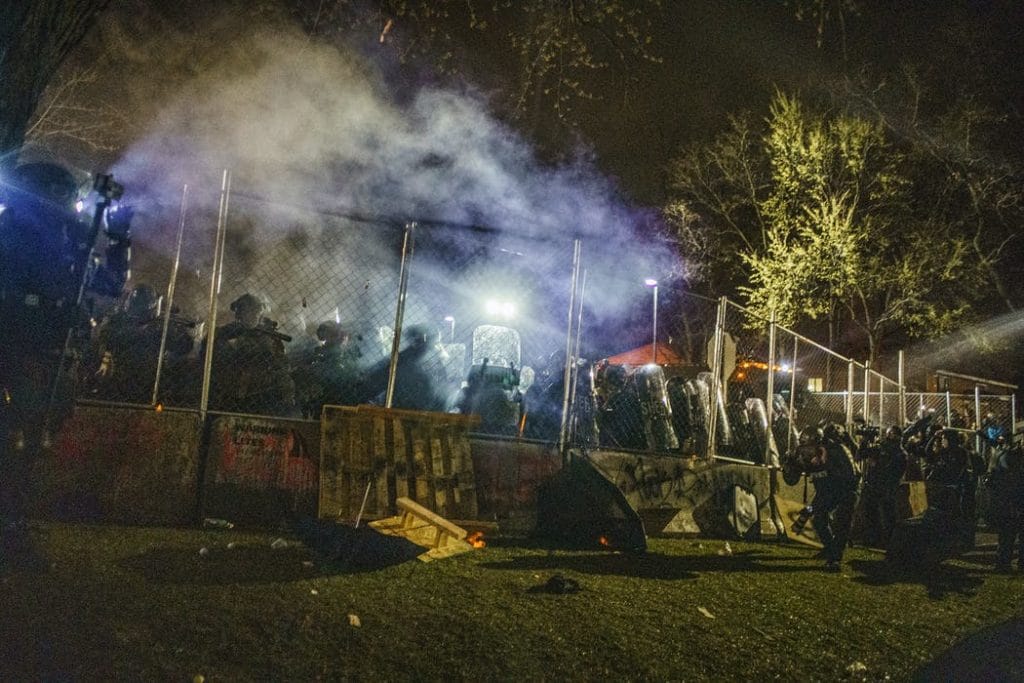 “We need your actions to match your words. The world is watching.”

April 15, 2021. More than a dozen local elected officials across the state are calling on those in charge of Operational Safety Net — including Governor Tim Walz, Hennepin County Sheriff David Hutchinson, and Minneapolis Mayor Jacob Frey — to end the military response to peaceful protests across Brooklyn Center and the Twin Cities.

In a joint statement released today, they emphasized that the response perpetuates and escalates violence:

As local elected officials serving in towns, cities, and counties across the state, we stand with all those calling for justice. Our communities are in mourning yet again — traumatized by the continual and ongoing violence sanctioned against them by their own government and those who work to uphold the racist institutions that perpetuate it.

We condemn the choice made by law enforcement this week to meet protests against police brutality with police violence.

The alarming joint military-police response across the Twin Cities is directly at odds with our ongoing work to build a more just, more effective, and more responsive public safety system that keeps everyone in our communities safe.

We must create safe space for our communities’ rage, mourning, and collective action for justice for Daunte Wright.

We stand with the Brooklyn Center Mayor and City Council who on Monday, passed a resolution protecting civil rights and banning the use of violent crowd control tactics including tear gas, rubber bullets, chokeholds and kettling. It is particularly disturbing that unaccountable police continue to deploy tear gas — a chemical weapon banned in war — after the democratically elected Brooklyn Center City Council and Mayor prohibited its use in their city. This is an affront to democracy and to the residents of Brooklyn Center.

The last few nights have been marred with unconscionable acts of oppression, reminiscent of the failed response to the uprisings across our state and country last summer. Operation Safety Net has appeared to follow the misguided playbook used in the days after George Floyd’s death last year when police escalation contributed to harm and destruction that still lingers in our communities. This continued approach is accelerating fear and harm across our communities in this moment. This is not how we build a safer place for one another.

We call on those in control of Operation Safety Net – Governor Walz, Hennepin County Sheriff Hutchinson, Mayor Frey, and local law enforcement agencies – to immediately make changes to Operation Safety Net’s approach to people protesting in our communities, including but not limited to:

This is a place we have been far too many times before. And if we fail to act with the urgency and commitment this moment demands, more Minnesotans will suffer from unacceptable police brutality.

We share the outrage that reverberates through our streets. We share our community’s exhaustion with a constant cycle of violence and force.

We need you to show up in the name of good governance and moral clarity. We need your actions to match your words.

The world is watching.