On the Ground in Texas: Insights from Denton 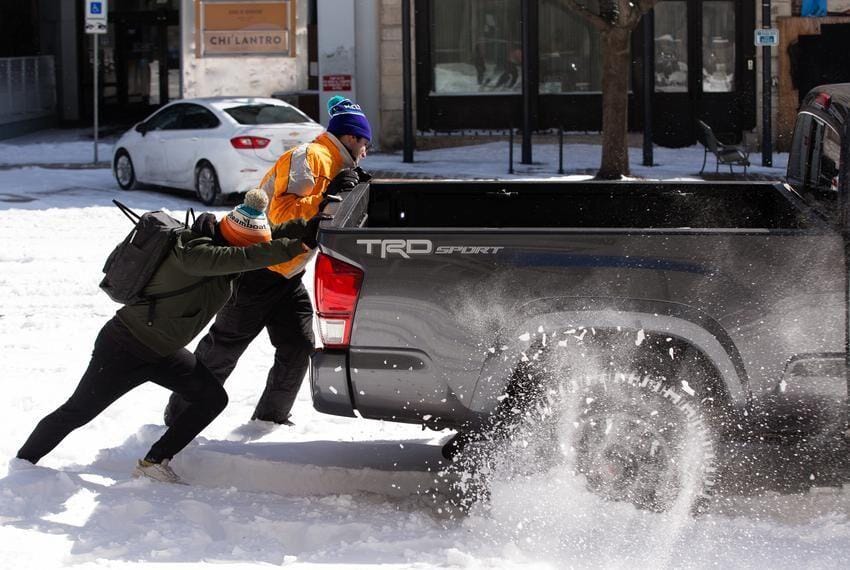 It has been almost a month since winter storm Uri swept across Texas and hundreds of thousands of residents are still struggling to access clean water or any form of relief from the state.

At the same time, in an attempt to distract from the state’s responsibility, Governor Greg Abbott has announced he will lift the state’s mask mandate despite health officials recommendations not to do so and Attorney General Ken Paxton has now sued Travis County and Austin for keeping local mask mandates.

“The Governor’s priorities are out of touch with what Texans need right now,” says Denton City Councilmember Deb Armintor. “We are recovering from multiple crises and Abbott must use these next months to get real aid to the millions of Texans suffering.”

“A resident experiencing homelessness died on the streets in the freezing cold. Residents with disabilities living at home with caretakers or independently who depend on electricity for basic life functions like feeding technology, oxygen, and heart monitors had no means to get emergency generators delivered to their homes. Many residents living in apartments or mobile homes are still without potable water.”

When asked what type of state or federal aid the city has received, she said, “We received bottled water and outrageous bills from ERCOT.”

“Residents in Denton who are in unsustainable living conditions need vouchers for hotel rooms, potable water delivered to their homes, and assurance that they will not have to pay the bills for this epic failure of our deregulated state. They need a statewide moratorium on power shutoffs, statewide guaranteed access to generators for people with disabilities, and they need our state leadership to restore regulations and public accountability to our energy system so it is not driven by profit and instead a utility that serves the people of Texas.”

“They need cities’ debt to ERCOT canceled so they won’t be paying and suffering for a disaster directly caused by our state’s decisions to deregulate our energy industry. Abbott thinks he can place all the blame on ERCOT and will say he fixed it, but replacing individuals in broken institutions will do nothing to prepare us for the next storm.”

“During this legislative session, we are calling on Governor Abbott and our leadership to deal with this energy crisis and get aid to our communities now. We are still dealing with a humanitarian crisis, and our Governor continues to try to distract us from the disaster he caused. After our state failed us during this energy crisis, our residents need to know that they will never have to experience this again.” ■